This recipe is best made with two people. One will beat the mixture, while the other is keeping the syrup mixed up and adding it to the egg mixture.    if you have a stand mixer, it can be made by one person.

Beat egg whites and cream of tartar until stiff peaks form. Have ready for when the syrup mixture is done.

Stirring constantly with a wooden spoon, boil (low boil) the sugar, water, and karo until it “spins a thread”. This is approximately 235°. Immediately remove from direct heat.

Add the syrup mixture into the egg whites by fourths- meaning 1/4 of the mixture at a time. Beat for about a minute and then add more syrup (another fourth). You will beat the egg white mixture continually until all of the syrup has been incorporated. once all of the syrup has been added, you will  beat it until the candy loses its gloss. This may take several minutes. Beating for 10 minutes is not uncommon. It will lose its gloss as it begins to cool down. Stir in the vanilla and the nuts. Work quickly to spoon out candy onto wax paper. I prefer a pampered chef stainless steel scoop.  This recipe will make approximately 40 pieces of candy. Let your candy cool on the wax paper. They will harden slightly so that you can place them in a dish for storing or a box for gifting .

Note: if your mixing bowl is extremely hot, you can cool it down by placing frozen bags of vegetables (or ice packs) around the base of the bowl.  . 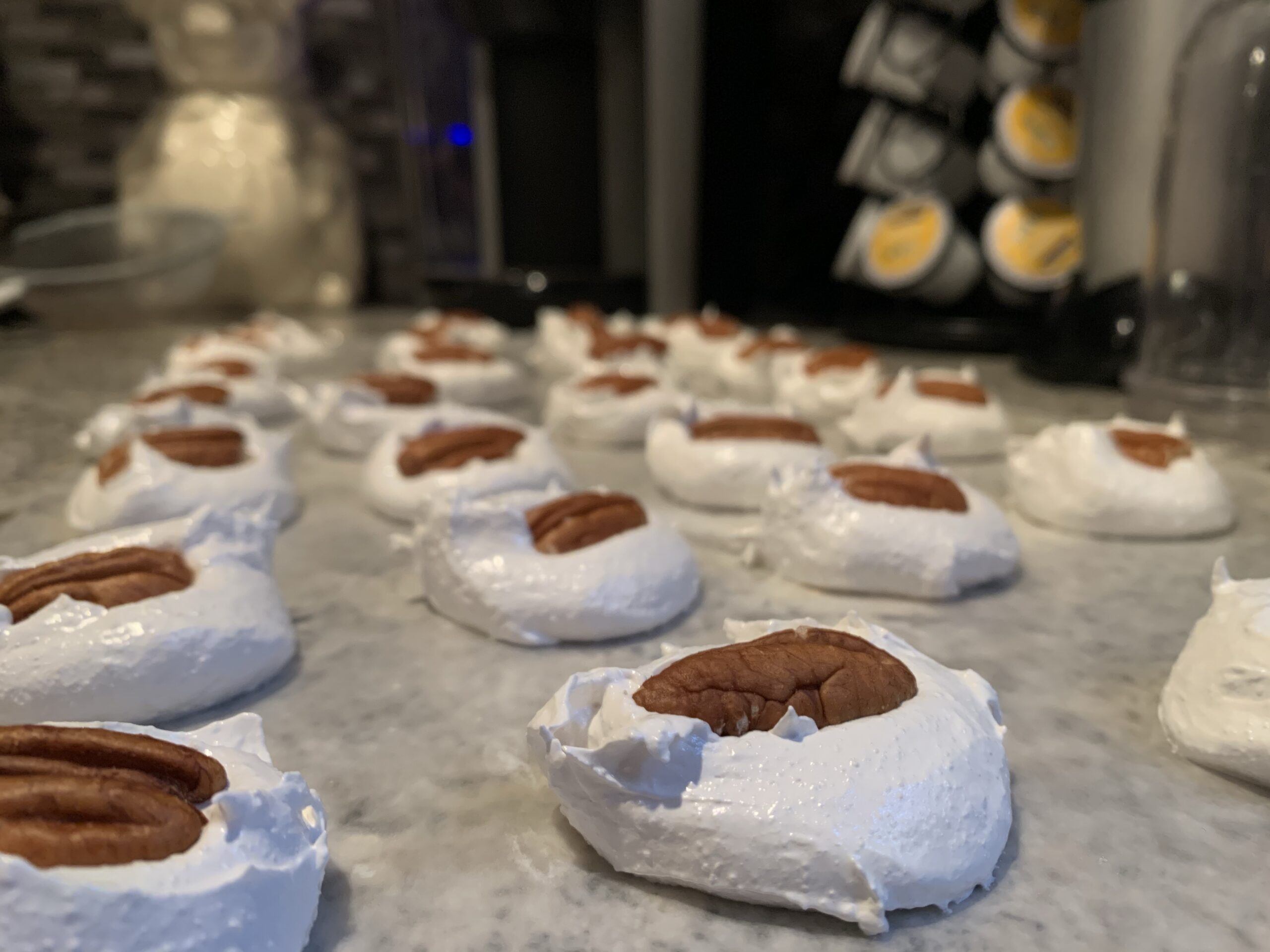